Just recently, the UK announced a £2 maximum stake on various gaming and gambling machines all over the country. Spearheaded by Matthew Hancock, the project aimed at controlling the ever-increasing challenges associated with betting. 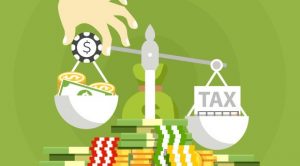 In fact, the government has developed proposals which can be used to reduce the maximum stakes on fixed odds, which a gamer can place at terminals. Some reports from the Department of Media, Culture, and Sport mentioned that no specific decision had been made by the state, but the £2 was close to implementation.

The FOBTS is a reliable source of revenue for book markers, including some of the very big names in the country. Some of these betting companies include Betfred, Paddy Power, Betfair and more. The campaigners say the FOBTs are the negative aspects of gaming and have called for action to be taken by the state. Most of them mentioning that it disproportionately targets individuals who are addicted to gambling. Just recently, the financial shares at William Hill dropped by an exceptional 15 percent

These betting superpowers are now left to consider new approaches for addressing the losses associated with such a huge limit on the gambling. Some have been quick to mention that such cuts are only aimed to reduce the exceptional growth potential of the gambling industry.

Financial officials at the department have been trying to gain perspectives on the maximum stake based on an exceptional 12 week consultation period. The expected deduction of finances come in the wake of recent financial challenges faced by several professionals who resist the crackdowns in many ways.

Other bookmakers have also raised concerns into the recent betting cuts, which they believe will lead to shop closures and various job losses. Plus, various financial reports have forecasted that the few coming months that companies such as Ladbrokes will have lost £447m in annual revenue. Such losses would not only affect the gambling industry, but it also reverberates across the entire financial industry of the UK.

Additionally, the state has also evaluated the effects of the £2 restriction on the companies in gambling, with predictions of in between £3.6bn and £8.7bn in losses over a decade. The UK government. Also mentioned that the FOBT stakes would be implemented to ensure a safe and sustainable environment for people to engage in gambling. Additionally, they are also searching for the exact limit level, with the £2 being a prospective limit to determine its suitability. The focus of any final decision should be to embrace measures that will help to reduce the detrimental losses associated with gambling

The £2 is considered by most a ban on FOBTS, and it would hundreds of thousands of people out of jobs. On top of that, it would also have serious ramifications for racing games such as the horse racing industry, which is mainly powered by finances from bookmakers. Betting shops are also seemingly trying to take the initiative by investing in innovative solutions to help identify those at risk. These individuals can then be assisted to address their unique gambling challenges.

2 thoughts on “UK Develops Controls for Gambling Slated for 2019”