Sun Bingo, an award-winning online bingo operator in the United Kingdom, announced that it has become the lead sponsor of ITV’s popular daytime programme – The Jeremy Kyle Show – starting 16th of July. 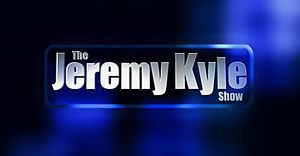 The Jeremy Kyle Show has been on the air since 2005, thus, making it a major asset for ITV’s daytime programming. On the other hand, Sun Bingo has a vision of being the leading entertainment provider. The coming together of ideas for the two firms, through the sponsorship, is expected to create memorable shows that will attract even more audiences.

Owing to its history and consistency for the past decade, The Jeremy Kyle Show is a must-watch for many people. Sun Bingo will be capitalizing on the popularity of the show to increase its revenue base and convert more audiences to loyal viewers.

Through the partnership, Sun Bingo has also indicated that it is seeking to spread the entertainment from the show to its followers. Starting the effective date of the partnership, Sun Bingo’s registered players will have an opportunity to participate in the fun by winning a chance of being part of the show’s audience. Through the initiative, Sun Bingo hopes to have more of its target customers convert to registered players. The sponsorship deal will see Sun Bingo provide indents for the morning program of the show. As the lead sponsor, Sun Bingo will have an opportunity to identify itself on-air and possibly grow its popularity.

Sun Bingo has appointed The & Partnership London, Pulse’s London sister agency as its marketing lead in the sponsorship deal. The & Partnership London will aid in the development of creative content, promotional messages, and directing. The deal will see Jayde Adams return to her role as Sun Bingo’s comedian. She will play the role of a bingo-mad character while sitting alongside her two best mates in the audience of the television show. The happenings on the stage will not be shown. Instead, the comedy will be the hilarious comments from the three with each of the titles riffing off bingo titles such as ‘Was She Worth It’ and ‘Stuck In A Tree.’

Unlike other commercial promoters of The Jeremy Kyle Show, Sun Bingo’s deal includes managing of the show’s social media assets. Sun Bingo will have exclusive rights to the shows social media assets through which it seeks to build a connection between loyalty and brand recognition.

Sun Bingo is looking to popularize its latest campaigns. Speaking at the press conference on the sponsorship, Hannah Swales, head of Sun Bingo, said that the firm was excited to be partnering with ITV in a way that will see its growth. She said that Sun Bingo will be looking to build its ‘Are you Gonna Bingo?’ campaign by delivering engaging and funny messages to a “brand-new audience.” She described The Jeremy Kyle Show a mega daytime television show in the UK by stating that it has “over 3000 episodes to date.”

The & Partnership London has welcomed the sponsorship and hopes to offer unique content that will attract more viewers to the show. Speaking after the announcement of the sponsorship. Yan Elliott, the joint executive creative director at The & Partnership London, expressed joy that Jayde Adams was coming back to the studio for the ‘Are You Gonna Bingo?’ campaign. He expressed optimism that Adams would help the company create “genuinely funny and relatable characters.”

“The partnership with Jeremy Kyle is perfect for the brand, and we hope Jayde and her pals will keep audiences as entertained as the show does!” he said.