As part of the UK’s departure from the European Union, companies, residents, and citizens of the United Kingdom are set to forfeit several privileges. Businesses will particularly be hardest hit given the numerous benefits and incentives that the EU currently provide. 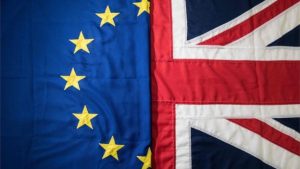 For instance, the EU has a very large population. Firms that operate in or have access to the trading bloc, therefore, enjoy huge revenue inflows and market. It also has a uniform tax regime and payment processing options. This is why UK-based firms are currently bracing themselves for tough times ahead.

Perhaps no other industry shall be as hardest hit as Gibraltar’s gambling industry. This is because it is one of Europe’s if not the world’s most developed and sophisticated gambling industry. The departure of the UK from the EU is, therefore, going to severely impact the betting firms that set up base there.

The two most likely negative impacts are the dip in revenue, sophisticated operational environments, and the shrinking of the market base. This has sent many firms panicking. Both the operational firms as well as the government of Gibraltar have decided to put in a raft of measures that are geared towards mitigating these dangers.

As part of forestalling the adverse negative consequences of this imminent departure, the government of Gibraltar has stepped in to reduce the operational expenses of the gambling firms that are based within its borders. It has decided to lower the tax that is levied on the income which is derived from gambling. At the same time, it has also decided to raise the license fees.

Before the Brexit deal started taking shape, firms used to part with 1% of their betting revenue in form of tax. As things stand, this figure was reduced by a whopping 85%! Right now, the betting firms will part with only 0.15% of their revenue from gambling.

This means that it will be more expensive for firms to enter the market. However, license fees are a one-time expense. This increase will not impact the profit margins of such firms in the future.

During these Brexit talks, the service industry has largely been overlooked. Since gambling is part of the service industry, it will not be given the necessary attention it ought to during such talks. This has prompted some players within Gibraltar’s gambling industry to consider lodging an official complaint with the World Trade Organization.

This is because both the UK and the EU are members of this global trade body. They also draw their inspiration from a case that once pitied the US and the tiny Caribbean nation of Antigua. In that dispute, the WTO mediated and ruled in favour of Antigua.

Some firms have however opted to relocate to other bases that are still within the purview of the European Union. The Bet365 and the 888 Holdings are two of the most outstanding firms of this kind. They have decided to relocate to Malta and Ireland respectively.

These impending disasters notwithstanding, the Government of Gibraltar has remained upbeat and undeterred. The Minister for Financial Services of the nation-state, one Mr. Albert Isola, has insisted that the nation shall withstand the dangers and remain strong.

He has further stated that the alterations of the license fees and tax regime are all geared towards solidifying the stature of Gibraltar as Europe’s top betting hotspot.