The United Kingdom has moved in to rein in on the gambling menace in the country. This is to make the activity and the industry more secure to the consumers. To achieve this aim, the commission has instituted a raft of stringent measures. 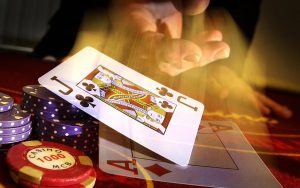 These include imposing an 8-week ultimatum for gambling companies that violate the stated rules to resolve any disputes. The gamblers will also be capable of withdrawing their outstanding balances much easier than they can at the moment.

Other than these regulations, the Gambling Commission shall also fine any betting firm that breaches the stated codes of conducts. These include deliberately targeting small children, exaggerating facts, furnishing half-truths to the potential consumers, and making gambling look less critical than it truly is.

All these new regulations shall begin operational officially from the 31st October 2018. The gambling operators shall further witness more proactive measures governing the failures of any advertisements by third parties and for bombarding consumers with unsolicited messages.

These crackdowns follow an open consultative forum that brought together the Gambling Commission and the Competitions and Markets Authority. This joint consultative forum was put in place to come up with a methodology that will see to it that the gamblers receive fair, safer, and more transparent treatments from the gambling businesses.

This was put in place way back in 2016 and completed its mandate in June in 2017. As soon as the committee came up with its findings, it started cracking down on errant gambling operators. These are those that were suspected to have violated the gambling advertising policies.

Neil McArthur, the Chief Executive Officer of the United Kingdom Gambling Commission, argues that protecting the interests of consumers is a sacred goal that has to be achieved at all costs. He further insists that the gambling operators have also to follow suit to see this become a reality.

He also held the view that the new alterations in the regulatory framework are designed to enhance the security and protection of the customers. These are mainly from misleading promos to irresponsible advertising campaigns that many a dishonest operator utilize.

Shortly thereafter, a number of gambling companies came out to state their stand on the new regulations. William Hill, PT Entertainment, Ladbrokes, and BGO Entertainment issued their stands at various times. They were unanimous in stating that they shall alter their bonus regimes and regulations to make them as realistic as possible. This is to forestall the likelihoods of misleading clients.

These issues it is hoped shall quell the discontent that has arisen from the British public. Most have complained of the high number of adverts that bombard the airwaves and the cyberspace. Other than these, most local Members of Parliament have also expressed dissatisfaction with the increased rates of gambling in the nation.

According to this group, gambling addiction is a disease, just like any other. It is thus to be treated as a public health issue. The gambling operators thus, according to them, ought to be slapped with stern restrictions on the manner in which they present gambling to the masses and potential consumers.