Birkenhead Mecca Bingo team is celebrating the raising of a record £2 million for Carers Trust challenge. They have been undertaking activities nationwide to fund raise as much money as they would. 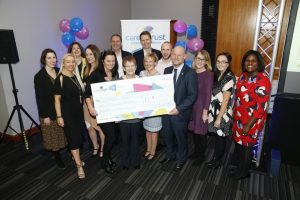 Rank Group which owns Mecca Bingo and Grosvenor Casinos signed a partnership agreement with Carers Trust in February 2014. The deal is to help raise funds to support Carers Trust activities. The trust works with carers from across the UK with the aim of improving their lives, facilitating their working, and cushioning them from likely negative effects that as depression.

Mecca Bingo’s efforts are geared towards raising money that will help address the barriers carers face. Since the signing of the partnership, staff a Rank Group have traveled to different parts of the country where they have been involved in fund-raising activities. The agreement gave employees the liberty to implement any activity that they deemed would improve their fundraising efforts.

According to John O’Reilly, the chief executive officer at Rank Group, Carers Trust is highly esteemed by a majority of his firm’s employees, and that explains their dedication to the fundraising initiative. He argued that Rank Group would not have achieved the milestone without the effort of the staff and the community members from across the country. He thanked them for the effort they had made and expressed satisfaction with the charity initiative.

The money collected through the fundraising activities is placed under the Rank Cares Grant Funds before being distributed to Carers Trust initiatives. It is directed into providing financial support to carers who are sixteen years and above.

As the company celebrated the milestone, it was proud that the money that has already been raised have been used for a worthy course. Since the signing of the partnership in 2014, money raised by Rank Group has helped more than 9000 carers in the country. Through the help, beneficiaries have accessed breaks, essential equipment, and learning opportunities.

In support of the efforts that employees were making in the fundraising initiative, the management of Mecca Bingo joined a final challenge that was aimed at raising more resources. The challenge was termed as ‘the bushtucker trial’ and entailed eating unusual foods such as critter cocktails and mealworms. The uniqueness of the challenge attracted a large number of people and took the fundraising efforts a notch higher.

Through it, the £2 million milestones became a success. While commenting on the achievement, Terry O’Donnell, the General Manager at Mecca Birkenhead thanked the staff and customers for the support they offered. He expressed satisfaction that the firm was contributing to a worthwhile initiative. O’Donnell reiterated that Mecca Birkenhead would continue undertaking the fundraising efforts so that carers can receive the support that they desperately need.

Giles Mayer, the chief executive officer at Carers Trust, appreciated the efforts of Mecca Bingo and Grosvenor Casinos. “They have gone above and beyond once again, and we are delighted to continue our partnership,” Giles said.