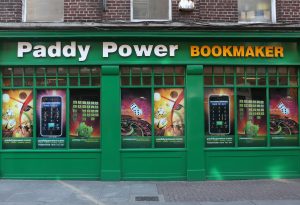 The company reported that the round was in a significant way oversubscribed. Some great backers made the decision of investing in the company including; David power and Stewart Kenny the Co-founders of paddy power. They are believed to have spent €232,738 and € 116,369 each respectively. Other people from the paddy power that invested in the company include Patrick Kennedy who was the chief executive, Cormac McCarthy the former chief financial officer and Cormac Barry the former head of the Australian division.

The company plans to use the raised money to expand its investments by the end of 2018. The primary areas they are focusing on are the traditional four major US league sports. Also as reported by Mark Hughes, the company’s chief executive, they will also work on strengthening their labor team. They will add more mathematicians and software expertise plus other expertise to help accomplish the mission of launching new products for baseball, American football, tennis, basketball and ice hockey in a few coming months. At the moment the company has football product only and want to build products on other sports and as well start venturing into risk management.

The company offers clients with products that facilitate greater customer engagement, pricing and customer experience system to gambling companies like GVC Holdings and BWin. It has technology that can revolutionize and automate one game in multiples process. The technology also can simplify the complex multi-betting market for the B2C clients. Currently, Banach technology is working with Ladbrokes Coral on in-game betting technology for matches at the World Cup, pictured.

The products from this company help the clients achieve an excellent customer engagement and at the same time improve the customer’s experience. Some of the prominent clients of BT include; Bet Bright, GVC Holdings and Paddy Power Betfair (which provides for; Sportsbet, Betfair and Paddy Power brands).

The company was started by Reck; Mark Hughes is the current CEO, LAEX Zevenbergen is the chief technology officer, and Hadrien Lepretre is the head of operations. These four has served in Paddy Power before. Reck was serving as the head of Quants and was later appointed to be a principal analyst in one of the sports betting companies in Ireland. After his appointment in the company, he was replaced by Hughes. Zevenbergen was the chief software engineer of Paddy Power from 2008 to 2015. Lepretre was the head of quantitative logistics from 2014 to 2015. The four decided to collaborate and work on BT in 2015. They are also people with experience the primary reason behind the big success.

The company has 12 employees but is hoping to increase them to 30 by the end of 2018. The similar rate of increase is also expected to be witnessed in 2019. The company having big names on the list of investors has made it more credible. As reported by Hughes the company is unique in the sense that some of the work they have done together before and this is the reason behind them building platforms quickly. With no doubt, the company is growing at a very high rate, and if it continues at the same pace, it will outdo many companies in the industry.

One thought on “Paddy Powers Founders Invest in Banach Technology a Worth of €2.2 Million”