The Responsible Gambling Strategy Board (RGSB) has recently conducted a study focusing on the gambling problem that is continuously affecting our young generation, especially the teenagers. 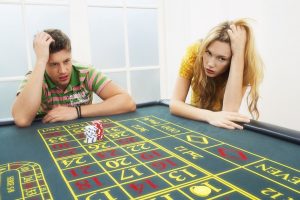 Gamble Aware, which is an industry charity has strongly supported this move, saying it could help in saving our children from falling victims to this dangerous trap known as betting. The RGSB has now informed government stakeholders as well as the UKGC on the exposure of young persons to gamble. The personal safety of these young individuals could also be compromised.

The RGSB has tabled a series of recommendations for the industry stakeholders and the government. This is to initiate the drive of implementing a stronger verification process for the players, cooperate in collecting the under 18 data regularly, as well as reducing marketing exposure to the youngsters.

The RGSB has now released its findings on child gambling, and at the same time, Gamble Aware has heightened its preparedness in launching a campaign for safer gambling all over the United Kingdom. This is being done with the main purpose to raise awareness of the problems associated with gambling, and enlighten the public of the health hazards of gambling and other harms that relate to the same. The RGSB has detailed that the number of children (mostly the teens) affected the gambling are in excess of 35,000. Furthermore, there could be more than 50,000 children at the teenage level who could be at the risk of falling into this trap.

According to Gamble Aware, through the remarks of Chief Executive Marc Etches, fighting gambling-related problems require firm regulatory action. He said that there is a great concern for our children as for every 10 teenagers, one is a regular gambler. He also welcomed the focus that the Gambling Commission has put into this issue, so as to protect the children from being brainwashed by this problem early in life.

Marc Etches suggests that if a real and long-lasting impact has to be made, stern action is then required from parents, teachers and other family members. For this to succeed, it’s a dire need to heighten public debate about the position and role of gambling in the society, as well as what best can be done to protect young people and children from being harmed by gambling addiction. The gambling commission, in turn, notes that, a lot of support is required from a wide range of government departments and other influential agencies because it has been recognized that harms related to gambling are health issues and requires the full attention of everyone.