An online gambling firm known as “32Red” was recently issued with a fine of over £2m for failure to protect a compulsive gambler and encouraging the customer to gamble further instead. 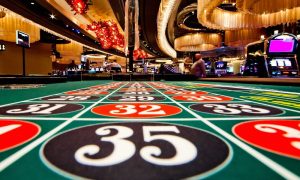 The Gambling Commission argues that the company needed to have raised an alarm and done something after identifying several addiction signs exhibited by the customer rather than offer him a VIP status.

Despite the customer depositing amounts as large as £758,000 between 2014 and 2017, 32Red did not conduct money laundering checks or acted to ensure the welfare of the customer as required by the law. Instead of offering assistance and advice, the company gave out free bonuses to encourage the vulnerable customer to play further, said the regulator. In addition, the entity failed to check if the customer was able to afford the amounts they were spending on gambling.

The customer had spent an average of £45,000 per month on gambling in spite of having a net salary of £2,150. Even though they had given the company a proof claiming that they earn a net salary of £13,000 per month, the Gambling Commission argued that it was not credible. The account was only scrutinized a little bit when the customer won a seven-figure prize and then instantly spent all of it on gambling–a warning sign of addiction.

The executive director of the Gambling Commission, Richard Watson, argued that the company should have checked on the client’s welfare after they had exhibited a gambling addiction rather than encouraging them to gamble further. But 32Red did the exact opposite of that.

He went on to say that gambling providers must be ready to take action whenever they spot signs of gambling addiction and should be carefully reviewing all the clients that seem to visit their facilities a lot more times than normal.

Watson concluded his speech by saying that protecting customers from gambling-related problems remains a top priority for the regulator and where it sees gambling companies failing in their duty to keep their clients safe, the regulator will take stern action against those companies.

Kindred, which is the parent company of 32Red agreed to pay the fine and said it had put in place a behavior-monitoring system for the good of its clients. The spokesperson of the Swedish owned multinational that is based in Malta said the organization is making efforts across the board to put together and better business processes, using best practices from all areas of the business.

The company representative further said that as a company putting sustainability at the very core of its business strategy, Kindred remains committed to ensuring customers can enjoy gambling in an environment that is safe as well as secure.

Among the changes and improvements that the company vowed to make include:

The company plans to raise the over £2m penalty issued by the court by divesting £709,046 off its financial gains and adding that to the £1.3 million fund it set aside as payment in lieu of a financial penalty.