Betfred is one of the most popular bookmakers in the country. As part of its responsibility to various stakeholders, the company issues annual statements of the financial position and the income levels. In its latest financial report, the firm announced huge losses; this was not expected as its revenues had grown within the financial year. 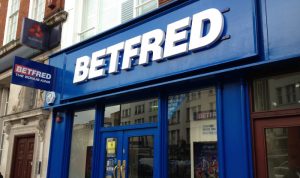 According to the recent report, the revenue levels increased to £634.5 million, a 9.6% rise from the 2015/2016 financial year. The losses were estimated at 10s of millions. Betfred is a privately owned company. The earnings were estimated at £83.3 million, a 3% increase from the previous year. To diversify its financial gains, the firm has several investment platforms. The total earnings from the betting platforms also rose by 17.5% to reach £12.7 billion. The increased revenues were attributed to the firm’s decision to add the number of betting shops available to their

The decision was arrived at after agreeing with the Hong Kong Jockey Club; this led to a significant increase in the number of online customers. The online betting platform’s revenue improved by 3%, this is according to the Regulus analysts. The losses were estimated at £13.4 million. In the 2015/2016 financial year, Betfred had profit margins of £32.4 million. According to the bookmaker, the operating losses were as a result of the decline in the goodwill from the digital assets, more responsibilities, and the operating costs. The high tax rates for betting firms have led to adverse effects to many firms in the industry. Some opponents have argued that the move by the firm’s founder, Fred done, to take £10.2 million in the form of dividends had a negative impact on the final financial results. The pioneer of the organization is also said to have taken the same amount during the 2015/2016 fiscal year.

Some sources have disclosed the bookmaker’s plans to close about 900 betting shops situated at different locations in the country. The move would also lead to loss of jobs to about 4500 of the employees. The firm would take action if the government passed legislation that would lower the maximum stake on fixed odds from £100 to £2. The government pointed out that the law would take effect from 2020 to give more room for more consultations among the stakeholders in the industry. The firm has invested a lot of resources to its retail line of business. Regulus attributed more than 80% of the bookmaker’s income to the segment. The analysts suggested radical structural changes for the firm to survive in the changing business environment. Failure to which it would experience more financial losses. Betfred has not had a good relationship with different players in the racing industry. The firm has held talks with Alizeti Capital to sell one of its subsidiary, Tote Holdings.

The government proposed the changes in the gaming industry due to the rising concerns over the gambling industry. According to the UK government, the industry required some regulation as there was evidence to show increased addiction to betting. The most affected individuals were the youths. With the changes in Law, it was expected that people would engage in activities that were more productive. According to Betfred’s managing director, the new law would have a negative impact on the gaming industry. Other than fewer profits for the bookmakers, he pointed out that thousands of individuals would lose their jobs and low tax collections and eventually slow down the economic growth. He urged the government to use alternative measures to curb the gambling activities in the country.

One thought on “A Breakdown of Betfred Recent Financial Performance”