British TV network ITV has received major criticism over betting advertisements it aired during the recent 2018 World Cup. The network has been accused of bombarding viewers, including children, with countless gambling adverts. 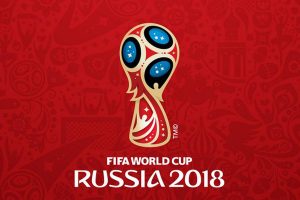 A total of 172 ads related to betting were shown, twice as many as those related to alcohol and four times as many as those related to fast-food brands. ITV’s World Cup coverage has greatly been criticized due to the fact that children and young people made up a significant percentage of the viewers during the tournament. Many are worried about the effects of exposing children to such an excessive amount of gambling content with some fearing that children will now normalize betting and associate it with football and sports in large.

Children are normally protected from such content by laws which restrict the airing of betting advertisements during the watershed period. Most of the World Cup games were shown on TV before 9 pm, falling well within the watershed period. They were, however, allowed to be aired because the law does not restrict advertising during live sporting events. Betting firms saw this as an opportunity to increase their already enormous profits and splurged on advertisement spots, with some paying close to £350,000 for a 30-second spot.

Betting firms encouraged viewers to place bets on ongoing and upcoming World Cup matches. Some even used celebrities to further entice viewers to engage in gambling activities. This led to an increase in bets placed as people who had never gambled suddenly felt the urge to do so. There was an upsurge in women gamblers, rising from 10% in the 2014 World Cup to 30% of all gamblers in this World Cup. It is evident that the exposure worked in the favor of bookmakers and gambling firms. There has been a call for stricter regulations moving forward.

The government has also come under fire for not doing enough to protect children from unnecessary exposure to gambling advertisements. These ads saturated the network during the tournament and the government chose to ignore the issue rather than tackle it head-on. The government, in turn, claims there is insufficient research available to warrant tighter regulations.

The negative effects of betting ads have been discussed heavily. Children and young people are frequently exposed to betting advertisements not only on television but also on social media and through video games. As a result, gambling has become normal and commonplace for them. An activity that was once reserved for adults is becoming increasingly popular among young people. This is a worrying trend as gambling is extremely addictive and detrimental, both financially and psychologically.

As suggested by the government, more research into the matter is indeed needed in order to expose the true and very real dangers of gambling. Gamble Aware, a charity organization focused on gambling addiction, is currently running a study on the effects of gambling advertisements that will help promote tighter regulations. The study, which is set to be completed in 2019, will also provide information that can be used to educate the youth on gambling and help create treatment plans for those with a gambling addiction.

The Advertising Standards Authority (ASA) has taken action by banning gambling sites and advertisements that are intended to target children. While this tough position is appreciated, the World Cup has revealed just how significant and wide-spread the gambling issue is.

Gamble Aware has reported that there are over 400,000 individuals in the UK alone struggling with a gambling problem. This number is only expected to rise if nothing is done as more children will be exposed to gambling ads and enticed to join the risky world of gambling.

One thought on “British TV Network In Trouble Over Betting Advertisements”