Rank Group Grosvenor Casinos registered a 6.1% drop in revenue for the financial year 2017/2018 that ended on 30th of June. The firm blamed the regulations requiring strict checking of customers as having caused a decline in the number of casino customers. The company is, however, determined to forge forward and increase its profit margin this and subsequent financial years. 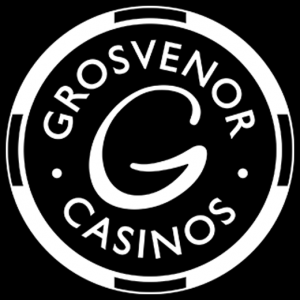 Announcing the financial report for the previous financial year, Rank group said that 2017/2018 was a “challenging year” because of the disappointing performance that its Grosvenor casinos business posted. The business reported a 6.1% drop in revenues to £373 million in the financial year.

The poor performance of the casino business caused a decline in Rank group’s financial performance. Its pre-tax profit dropped by 41.4% to £46.7 million for the year ending 30th June. Subsequently, its revenue fell by 2.3% to £691 million.

Rank group has blamed a number of factors for the slowed casino business. The underperformance of some casinos in the region caused the firm to dig deeper into revenue in an effort to try and stabilize the businesses. It reported that it made “exceptional” charges following an underperformance of five of its casinos and closure of one of the casinos in Bradford.

The group also blamed the new guidelines that were published by the United Kingdom Gambling Commission in September 2017. The guidelines require that betting firms undertake due diligence when dealing with their customers and perform more stringent checks on punters. The effect of the guidelines has been a decline in casino customers. Rank group also blamed adverse weather conditions that were experienced earlier in the year.

Casino goers were forced to stay at home because the weather patterns were unpredictable and they could not go ahead and risk their lives. In the long run, low casino customers translated to reduced revenue. The firm believed that the decline in revenue could have been by higher margins were it not for its robust cost control measures.

The announcement of a decline in revenue triggered a decline of the group’s share prices by 6.1%. Commenting on the decline, Ed Monk, an associate director at Fidelity Personal Investing shares division argued that the fact that the group’s dividend rose by 2.1% to 7.45 per share coupled with the firm’s profit warning which was issued in early April had helped prevent a sharp and bigger decline.

The firm is, however, banking on its online business which despite not growing in the pace anticipated, has maintained a positive trajectory. In the year ended 30th June, the group’s digital revenue grew by 9% to stand at £122.5 million. The group reported that the first and second half of the year saw different growth patterns in the digital revenue with the second half registering slower growth because of the new guidelines that were released during the period.

Rank Group’s Chief Executive Officer, John O’Reilly emphasized that the company will implement a turnaround plan that will cause better performance in the future. “We are taking steps to increase our focus on the customer, to accelerate growth in the digital business, to drive cost efficiencies across the business and to strengthen our organizational capabilities,” he said “This will be delivered with a transformational programme framework, which will ensure that we deliver a growing Rank Group that is fit for the future.” O’Reilly reiterated.